Who ever thought the family farm would have to worry about labor rules while they work hard to get the job done.  We thought this article from Northern Ag may be helpful.

Agriculture’s 24/7 workload poses special issues for payroll. Most farmers assume they are not required to pay overtime for any farm work performed by their employees, points out Paul Neiffer, a CPA with CliftonLarsonAllen in Yakima, Washington. But given the new rules imposed by the Department of Labor starting December 1, you need to carefully review that policy and the impact on your labor expense, he advises.

Farm employers are not required to pay time-and-a-half for overtime farm work, but they must pay for every hour worked at normal pay rates unless a salary exceeds $913 per week ($47,476 per year).  The Department of Labor announced final regulations on new overtime rules May 18, greatly expanding who qualifies for overtime treatment.

“Direct” agricultural work still is generally exempt from overtime, so if you’re pressed to run full speed during planting and harvest, you simply pay field hands their hourly rate multiplied by time worked. Immediate family members employed on farm also are completely exempt from overtime rules. Neither of those exemptions have changed, says Angie Ziegler who advises clients on payroll issues for the accounting firm of EideBailly in Mankato, Minnesota.

WHERE IT GETS COMPLICATED 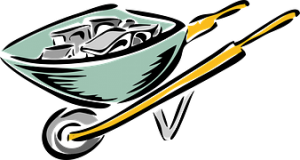 However, today’s farms also include a number of business entities, some which will qualify as “farm” and some which may not. Frequently non-farm sidelines can include commercial trucking, custom hire work or perhaps a commercial grain elevator. In those cases, the work performed is no longer exempt from overtime rules.

For example, hourly employees who haul for someone other than the farm would need to be paid time-and-a-half on hours that exceed 40 hours per week. That’s the case, even if they worked 40 hours on the farm and 20 hours for your trucking company.

“The problem is there aren’t a lot of specific rules and regulations on this. This is not something that’s been pinned down by the Department of Labor. But that’s my educated guess, based on discussion with attorneys and reviews of revenue rulings,” Neiffer says.